The Book Fair begins on 20 October

The Book Fair begins on 20 October 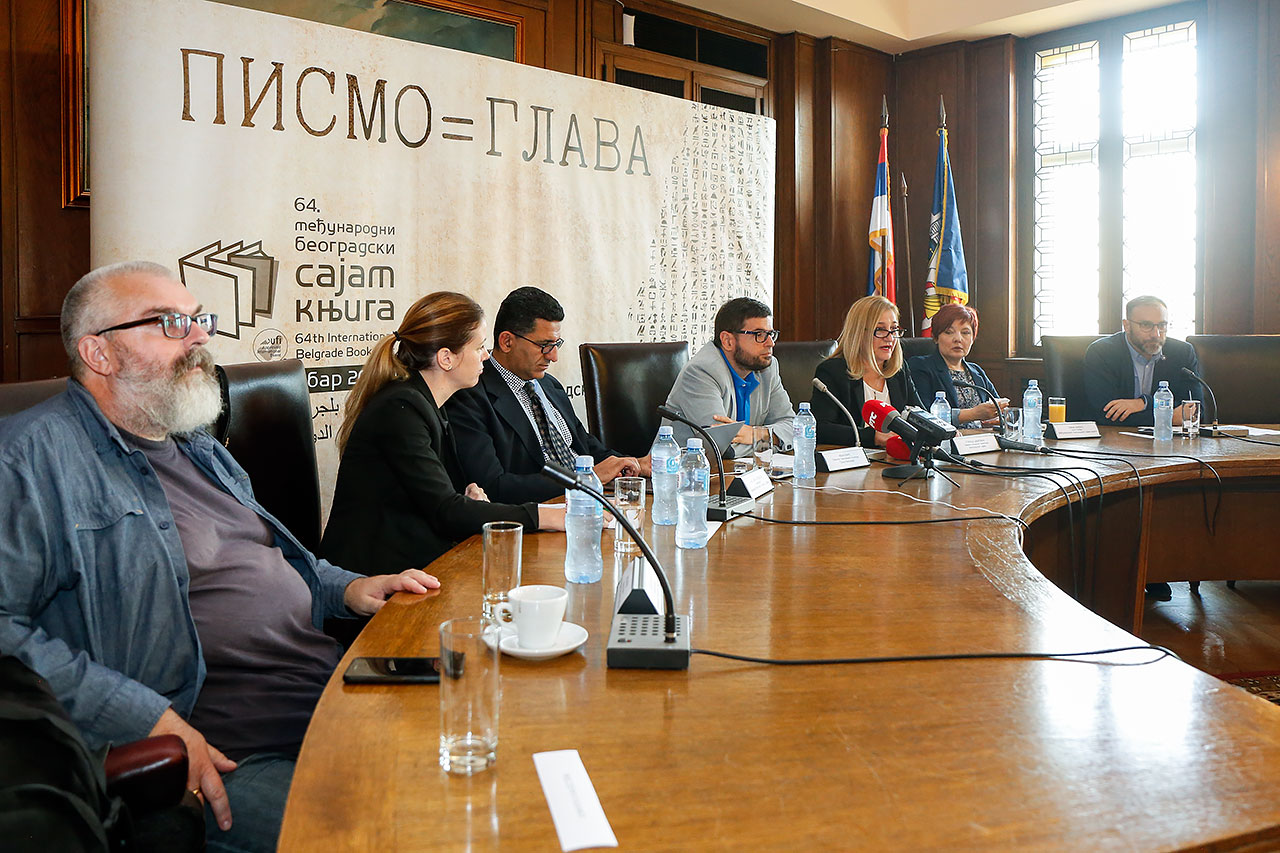 The 64th Belgrade Book Fair followed by around 500 exhibitors is set to take place between 20 and 27 October at Belgrade Fair under the slogan “Letter-Head”. Mr. Milovan Vitezovic, a famous Serbian writer and the president of the Association of Writers of Serbia will have the honor of opening this spectacular fair event.

Today, on that particular occasion, in the premises of the Old Palace in the City Assembly of Belgrade, a press conference was held at which it was announced that the largest domestic, as well as many foreign publishing companies and writers will be taking part in this event, whereas many new books will be presented to the general public.

The following people addressed the audience at the conference:

– Mr. Ivan Karl, Secretary of the Secretariat for Culture of the City of Belgrade

– Ms. Sanja Milic, Member of the Book Fair Board

– H.E. Amr Alguveli, Ambassador of the Arab Republic of Egypt to Serbia 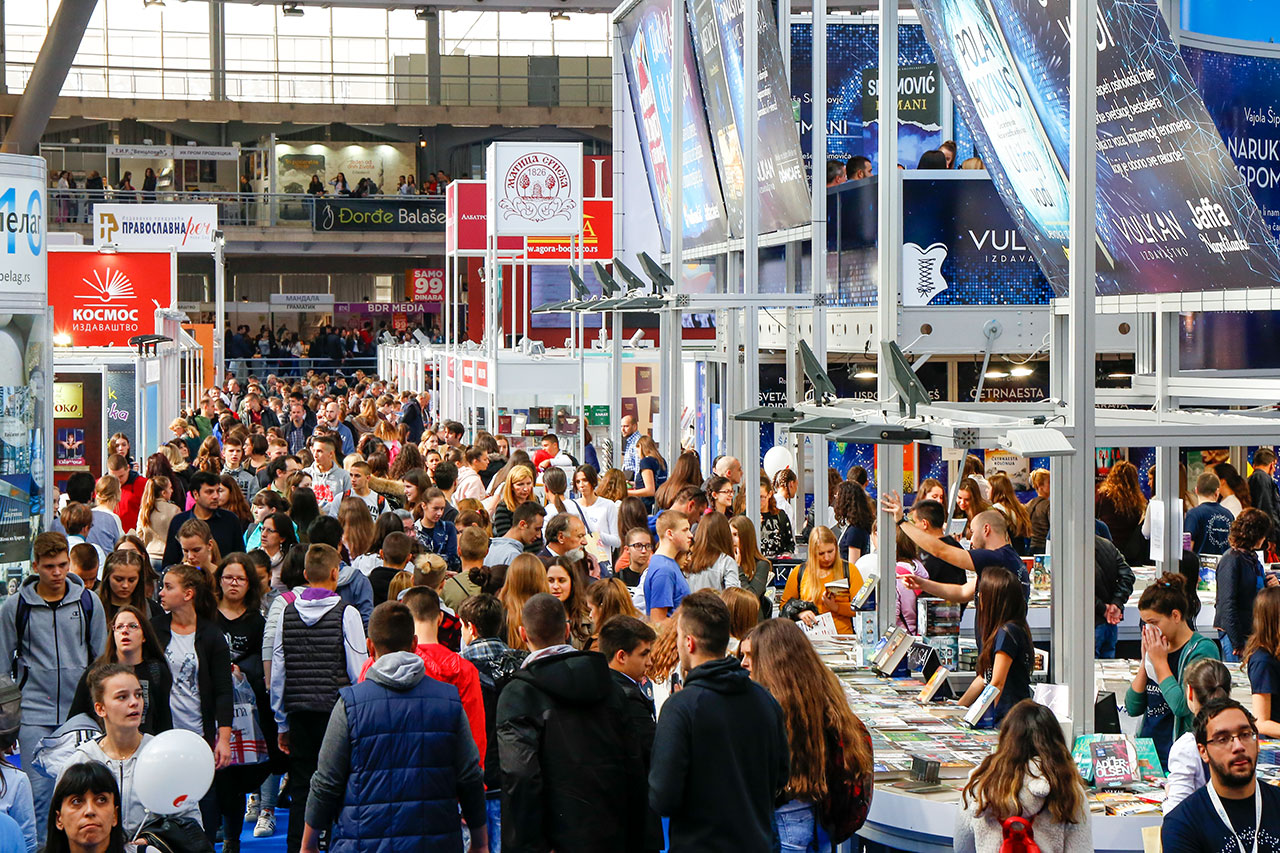 The City Secretary of Culture Mr. Ivan Karl reminded us all about the importance of the Book Fair, as well as about the fact that Belgrade stands at the crossroads of cultural events in this part of Europe.

The Deputy Director of Belgrade Fair Ms. Gorica Skipina said that visitors to the fair will also have the opportunity to attend trade fairs, panels, as well as the Youth Creativity Festival, apart from purchasing books, that will feature the works of artists under the age of 30 across various creative fields of work.

She pointed out that 667 fair programs and promotions have been prepared, which is 15 percent more compared to those prepared last year.

“Numerous awards will be traditionally presented at the Fair and annual publishing production evaluated and divided into several categories – Publisher of the Year, Publishing Venture of the Year, Children’s Book of the Year, Serbian Diaspora Publisher’s Award, Special Award for Science Contribution, Special Acknowledgment for the Publisher of a Book or a Comic Book, the Bogdan Krsic Award for the most beautiful book, the award for the most beautiful children’s book and a special acknowledgment for a young designer ” Ms. Skipina explained.

The Belgrade Book Fair board member Ms. Sanja Milic said that the fair would also host guests from the USA, Turkey, Russia and Lithuania aside from locals and writers in the region.

Ms. Milic further pointed out that Ms. Gordana Predic, Ms. Danka Selic and Mr. Andrija Bojanic will also be the members of the Appraisal Board, whilst the Head of the Board is Mr. Dusan Kovacevic. 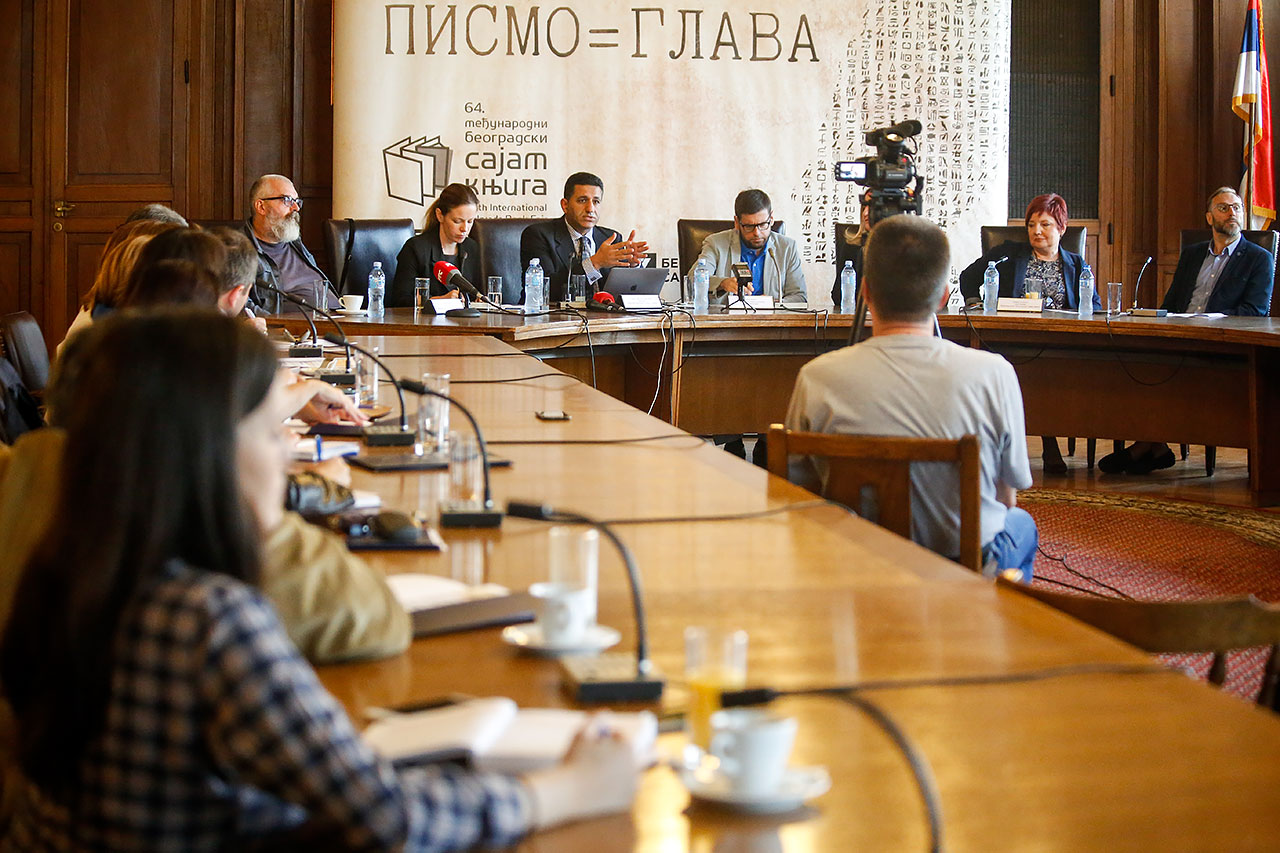 Egyptian Ambassador to Serbia Mr. Amr Alguveli announced that Egyptian writer and President of the International Cairo Book Fair Mr. Haitim Alhaj Ali will be speaking at the opening of the fair, whereas the opening of the Egyptian exhibition stand will be attended by the Minister of Culture Ms. Ines Abdel Dajim.

Mr. Alguveli said that the Egyptian exhibition stand would host Cairo Ballet Opera, which will be performing both at the Fair and the National Theater in Belgrade on Sunday, 20 October at 21:00.

The Program Editor at the Book Fair, Mr. Vule Zuric, announced that on the first fair day, Sunday, 20 October 2019, a panel entitled “Justice for the Nobel” will be organized at which Olga Tokarchuk and Peter Handke, this year’s winners of the award, will be discussed.

The Fair will also lay special stress on the work of Mr. Danilo Kis, Mr. Milorad Pavic and Mr. Oscar Davic, whose anniversaries have been marked throughout this year.